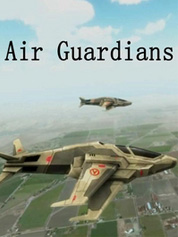 Air Guardians is a flight combat game set in the distant future. A world government is attempting to seal their grip on power, and an air force of advanced fighter craft is called upon to fight them. Fight through grand spaceship battles, night time base raids, orbital shipyard assaults, and more!
Sale Price
USD0.99
Price
USD0.99
Retail Price
USD0.99
Promotional Text
Sign in for VIP Prices
In Stock?
yes
Buy Game

There are no reviews yet. Be the first one to write one.

Our official partner for market games