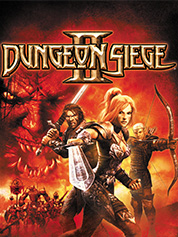 It’s been a generation since you vanquished the evil that plagued the Land of Ehb, and now…a new menace has awakened. In Dungeon Siege II, the sequel to the best-selling RPG from Gas Powered Games, you will be called on to again wield sword and spell to save the world from a growing abomination many years in the making.
Sale Price
USD1.26
Price
USD1.26
Retail Price
USD6.99
Promotional Text
Sign in for VIP Prices
In Stock?
yes
Buy Game

There are no reviews yet. Be the first one to write one.

Our official partner for market games